Bash is a video conferencing solution built for social gatherings of any size. 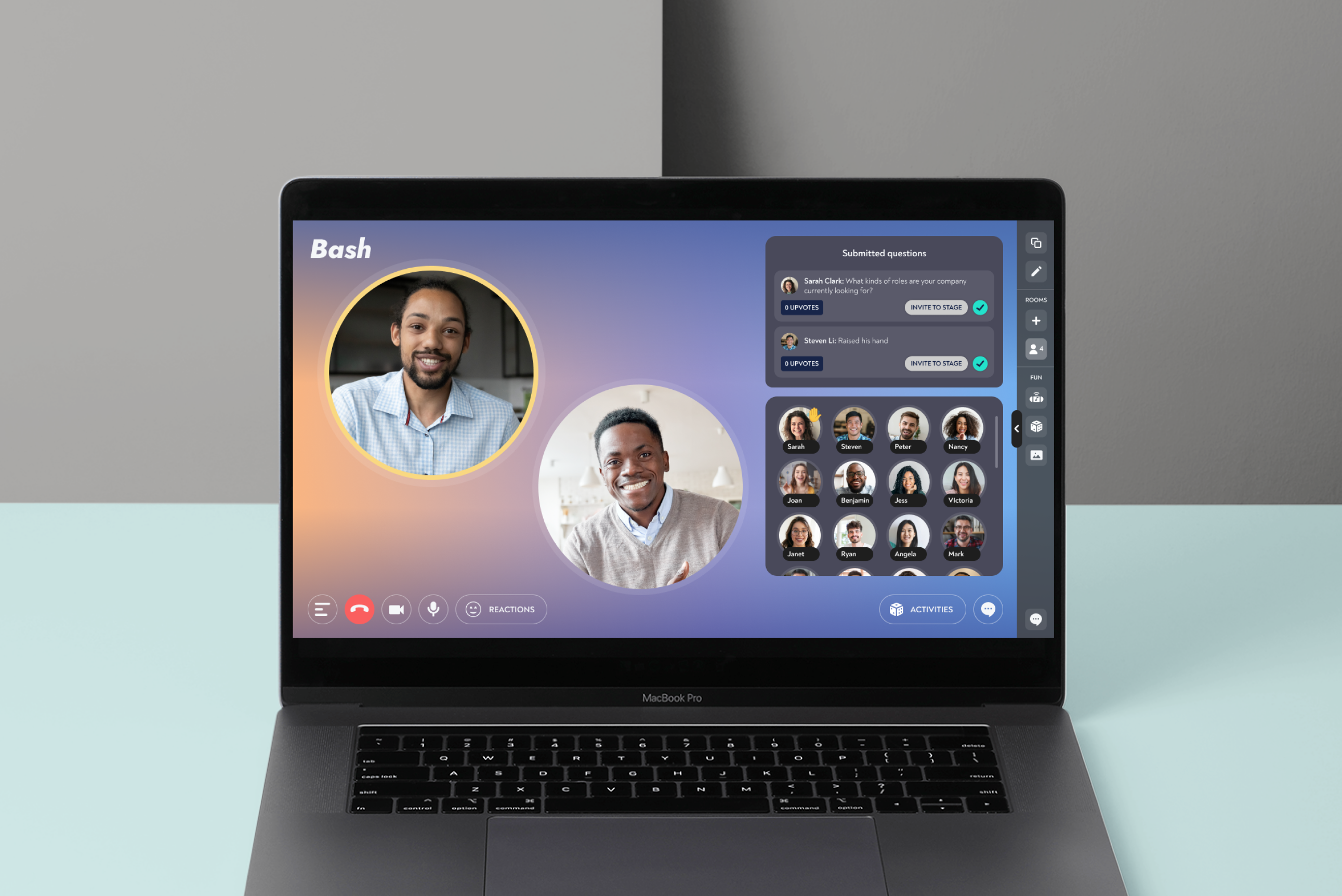 A better way to video chat

For five months I got the chance to work at Bash Video (now part of Roblox) on building a better way to video chat with a large group of colleagues or friends.

I was filling in for the Chief Design Officer while she was on maternity leave and worked closely with the product and engineering leads to take over existing projects on improving user experience for the core video product and in-app games. In addition to this I also worked on the development of a new feature for hosting speaker panels.

Design interfaces for a video conferencing platform that are both visually engaging and intuitive to users.

During the pandemic people had a strong need to stay connected, share experiences and have fun in new ways.

Video calling software was a way to do this, yet a lot of existing platforms like Zoom and Google Meet felt overly professional and users found it hard to switch from work to things like team bonding events while using the same software. People were also having difficulty figuring how to make online events fun and engaging for participants.

The following are a selection of projects I worked on during my time at Bash Video. 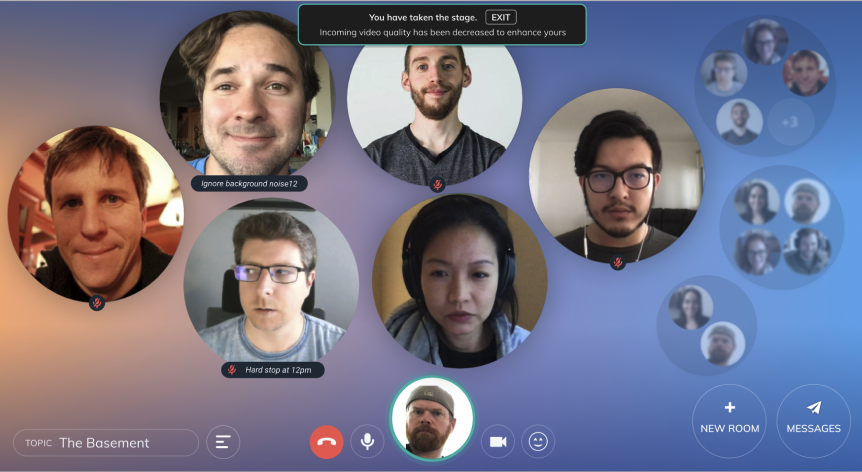 Bash utilizes video feeds in the form of circles that adjust their size as participants join or leave the call. With additional functions on top of these bubbles like user messages and notifications, when a Bash had larger groups of people it was hard for these functions to appear clearly and not get lost in the mix of moving circles.

Reducing clutter on the video chat interface
Increasing accessibility to available user actions
Promoting use of breakout rooms
Increasing the amount of control users have over their call interface.

The interface originally had user messages and mute buttons hanging off of the bottom of the circles, with breakout rooms floating on the sides of the interface.

Beyond the 'Take the Stage' feature where one user circle could show up larger than all the others, users also didn't have much control around how they wanted different video circles to show up on their screens. Features like kicking a user from the call were also hidden away in menus. 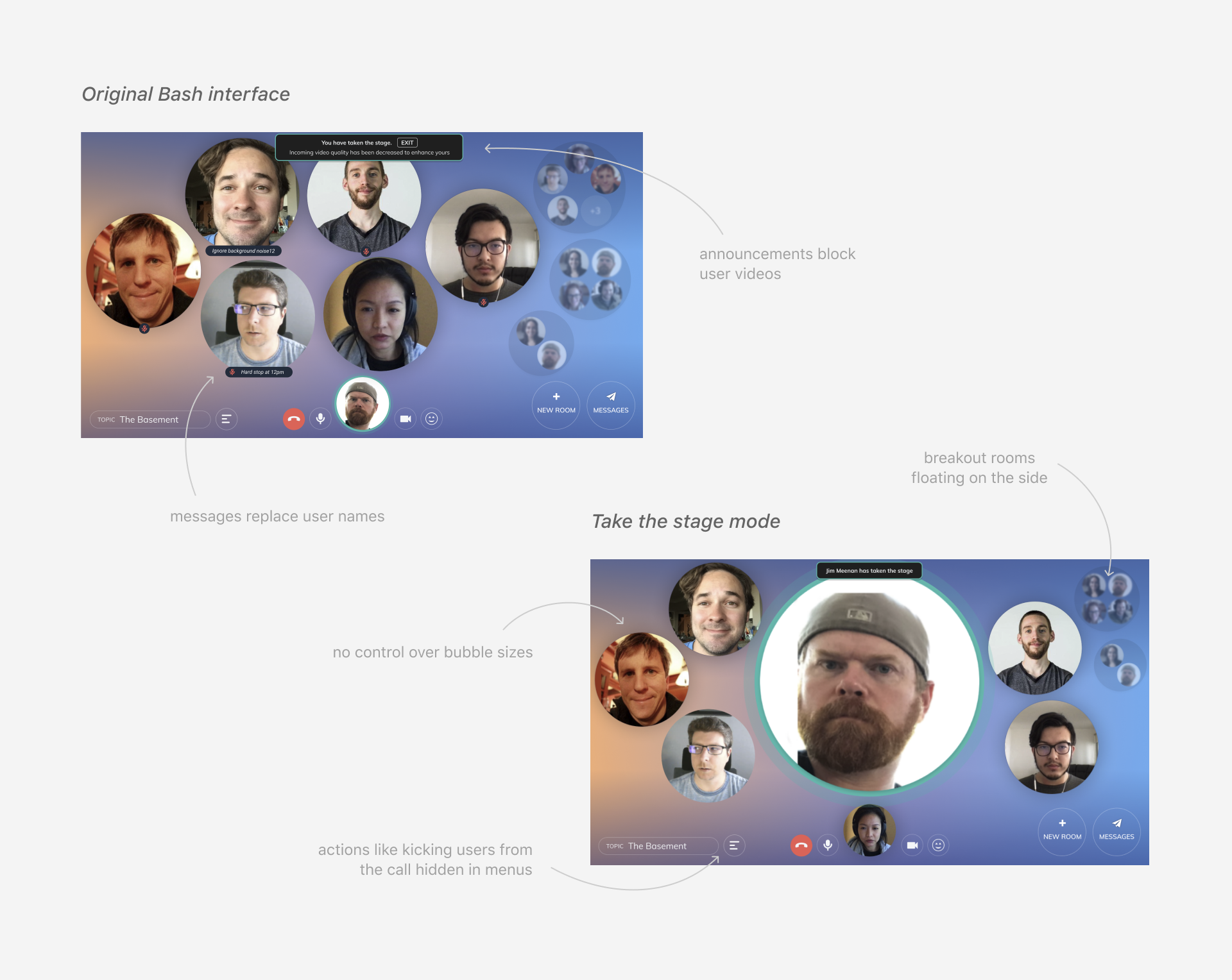 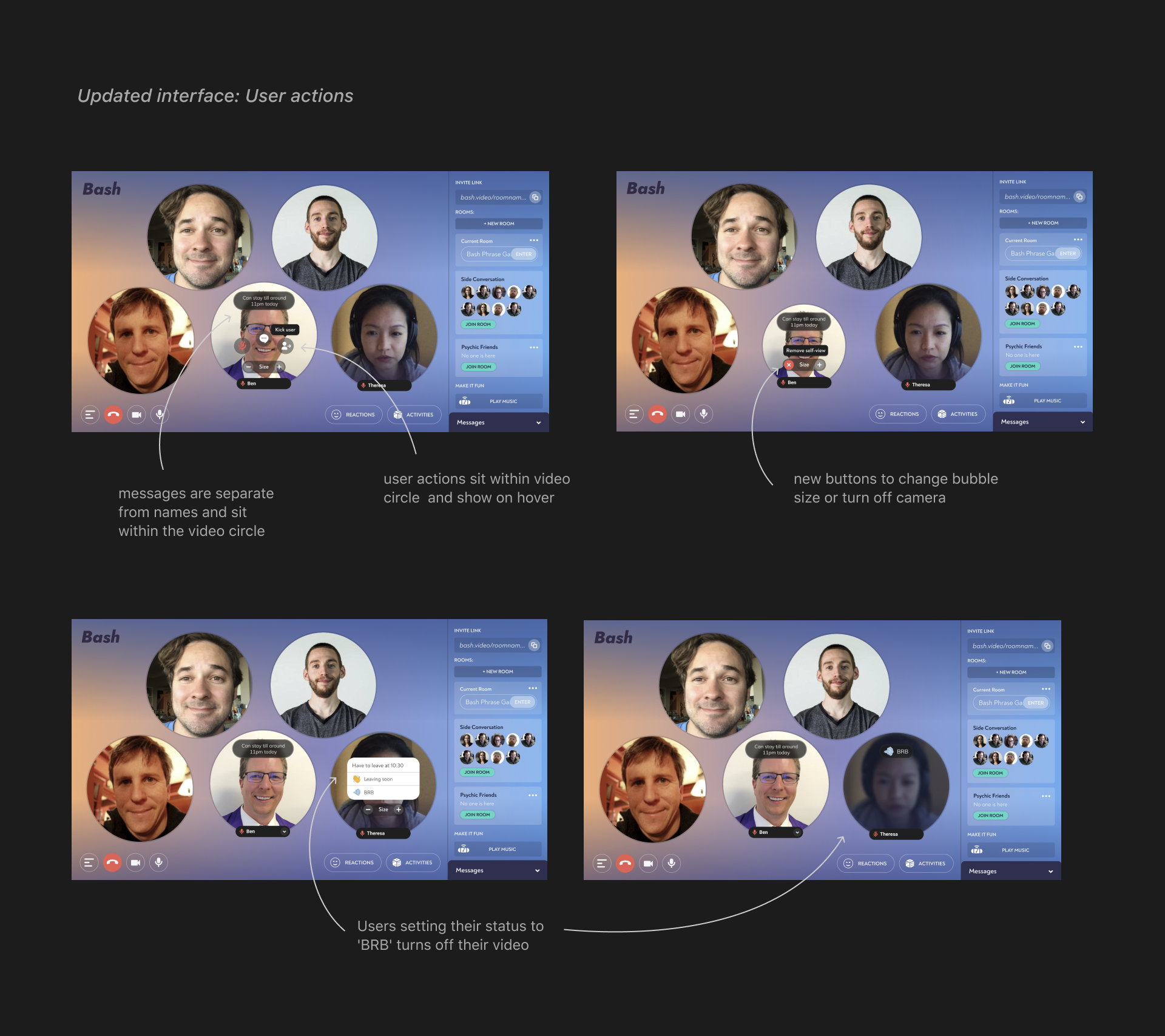 The second part of the changes involved creating a sidebar that would house notifications, the breakout rooms as well as provide easy user access to features such as playing music, setting a status, creating a new breakout room, and editing the look of the current room. There were two sidebar modes: expanded and condensed, and the Bash chat was also integrated onto the sidebar. 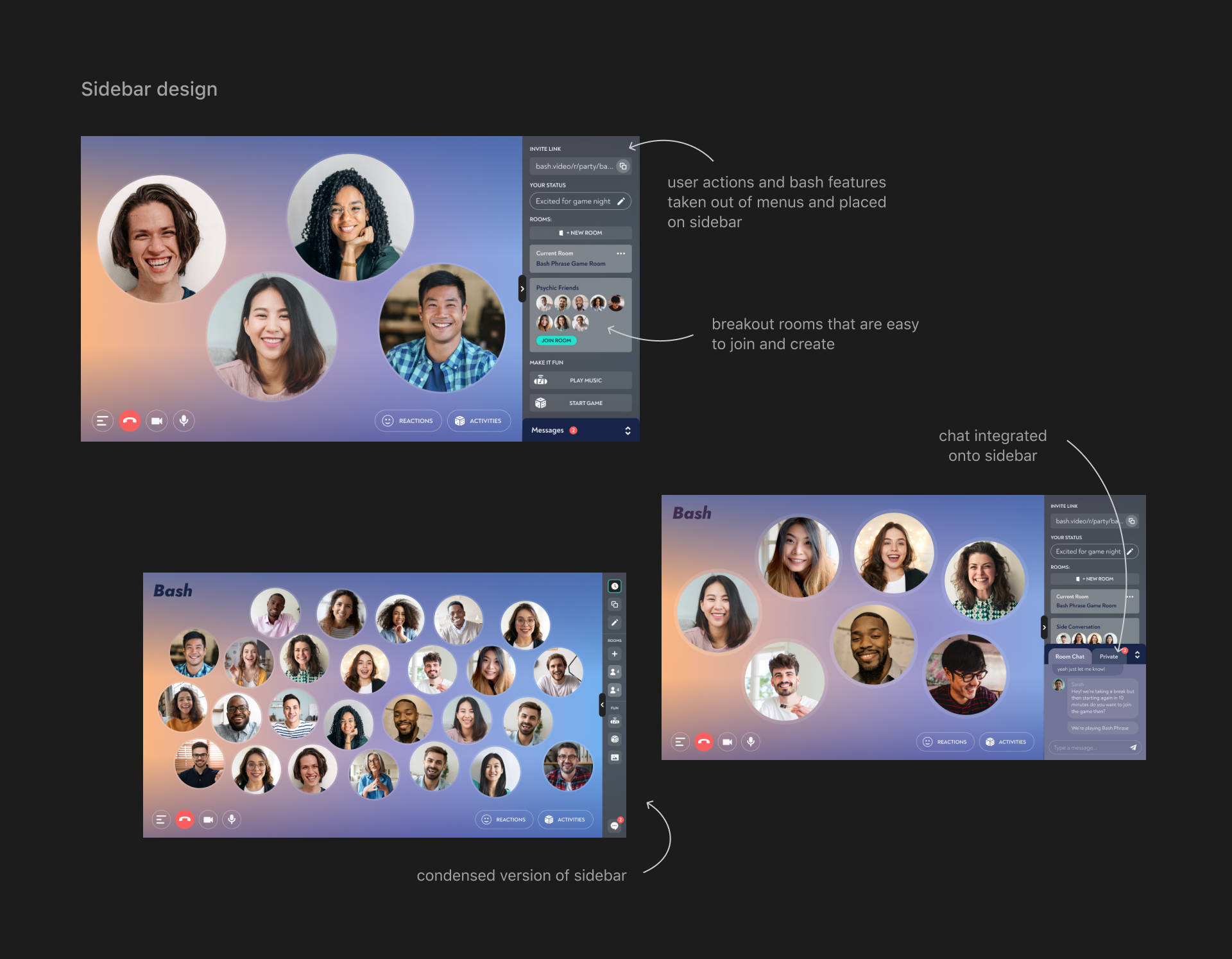 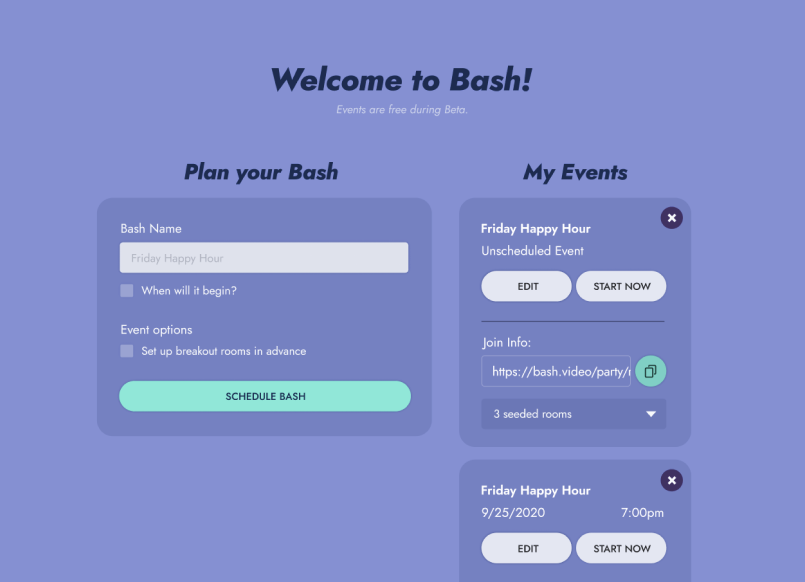 On the old plan page it wasn't clear that users could reuse Bashes multiple times. There also wasn't a way for them to view their previous Bashes, and differentiate clearly between scheduled events that would expire and those that would stay open.

The interface originally had user messages and mute buttons hanging off of the bottom of the circles, with breakout rooms floating on the sides of the interface.

Beyond the 'Take the Stage' feature where one user circle could show up larger than all the others, users also didn't have much control around how they wanted different video circles to show up on their screens. Features like kicking a user from the call were also hidden away in menus. 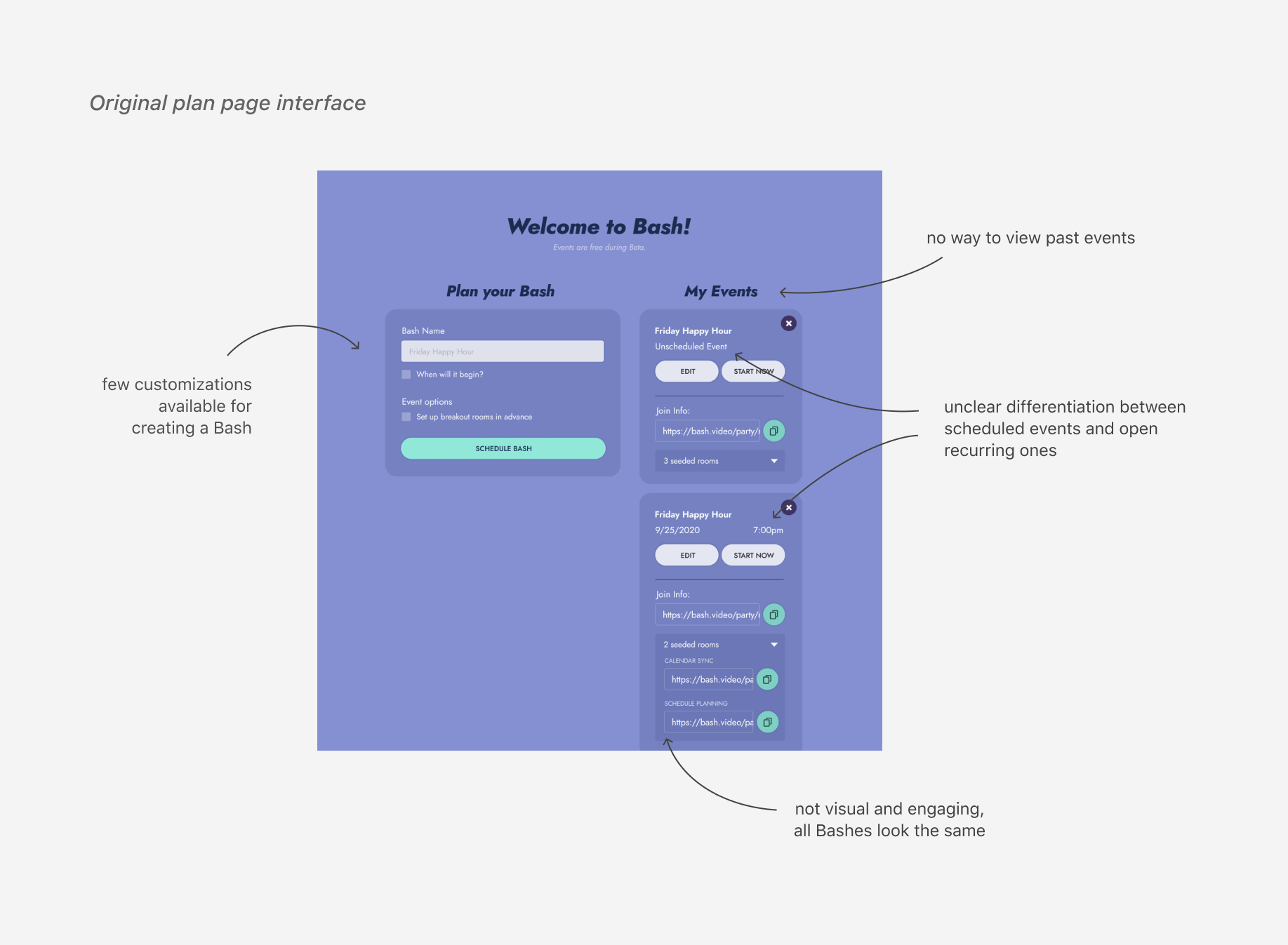 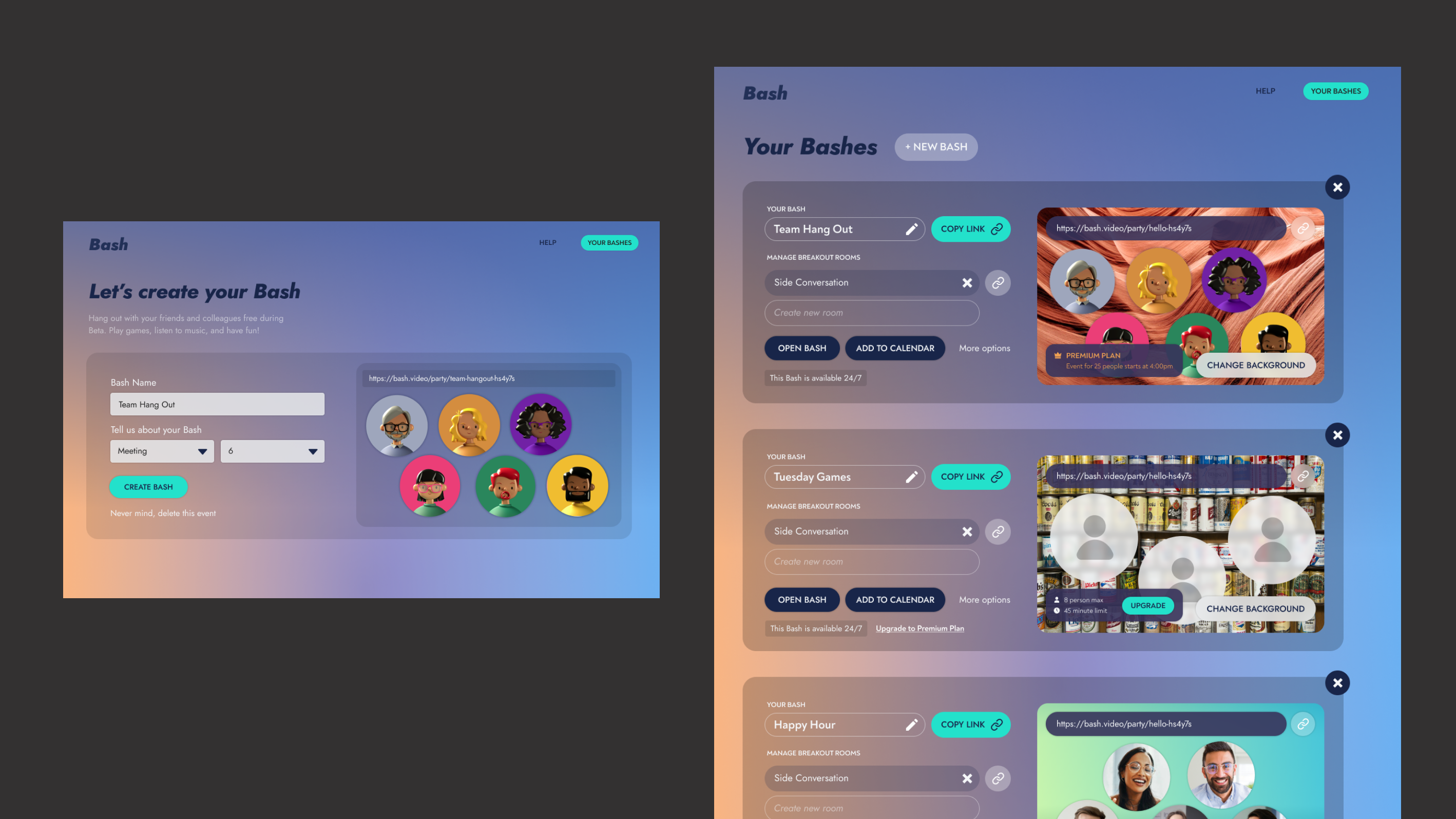 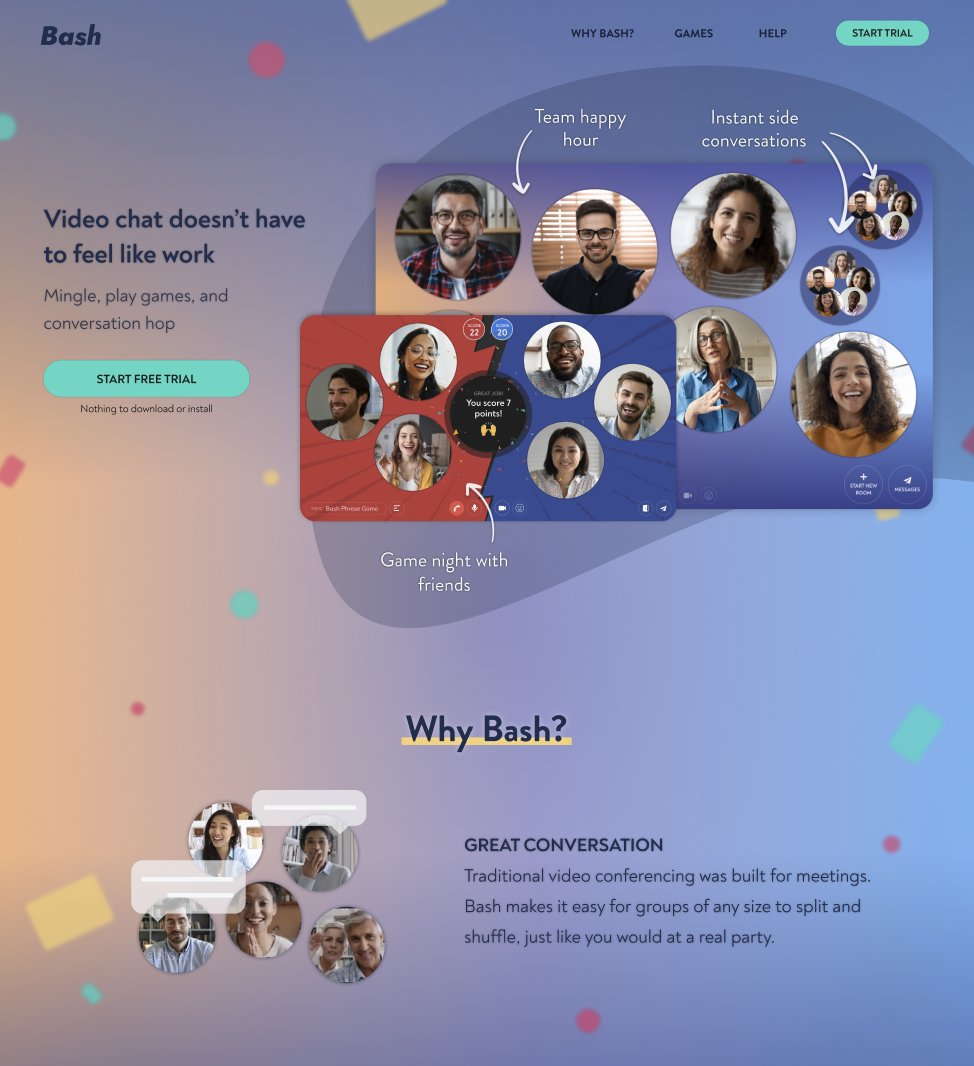 Goals of this project included increasing customer conversion as well as customer knowledge about certain features of Bash. The original website didn't feel very official which could cause hesitancy to try out the product. There was also no specific information about the different games and features that users had access to on Bash. 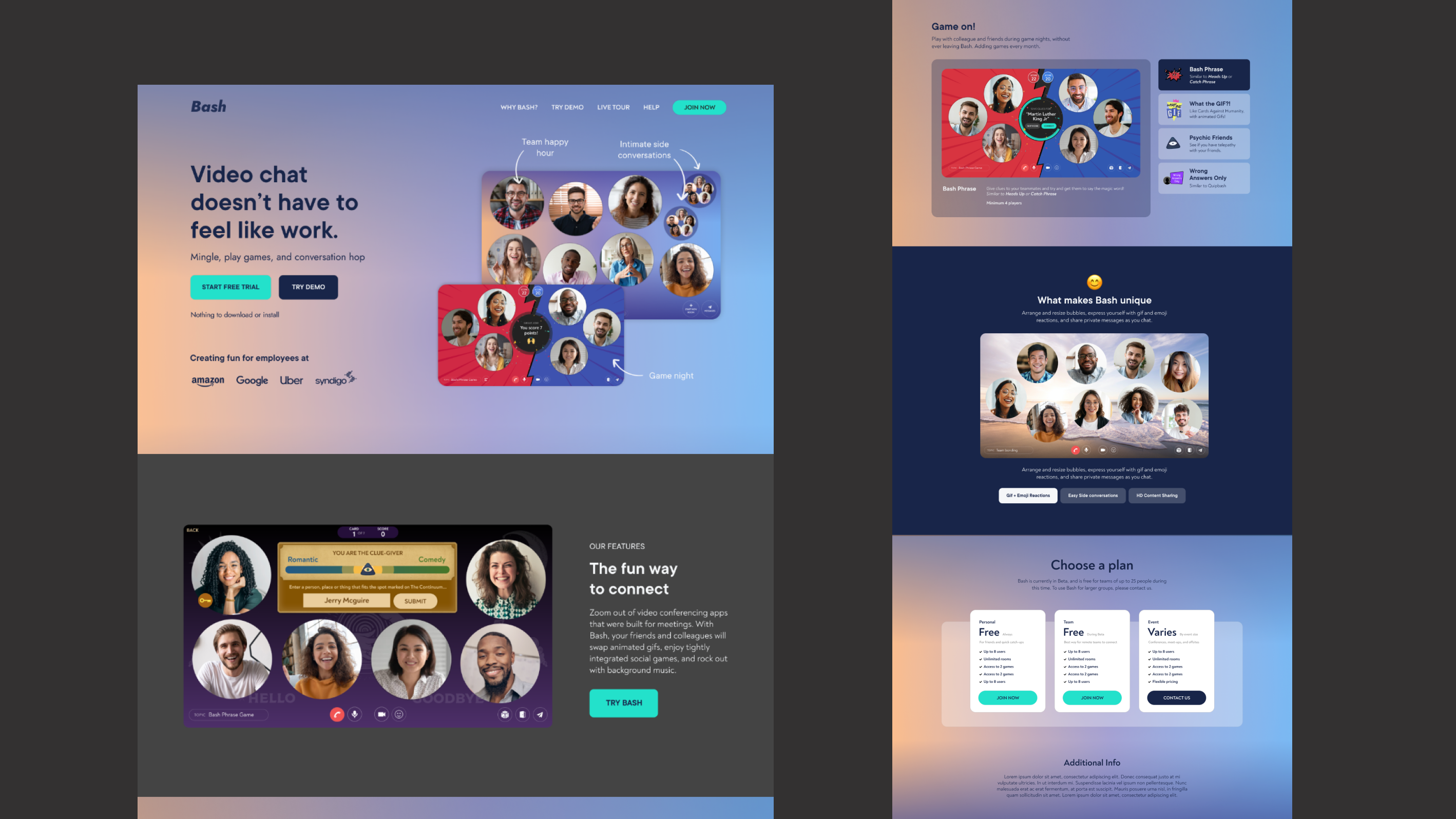 With a lot of panel events going virtual, the goal of this project was to create a mode on Bash to host these kinds of events. Features needed to include ways for users to ask questions and for moderators or speakers to manage these questions and bring members of the audience onstage.

Upvote questions of other participants
Request to be brought on stage 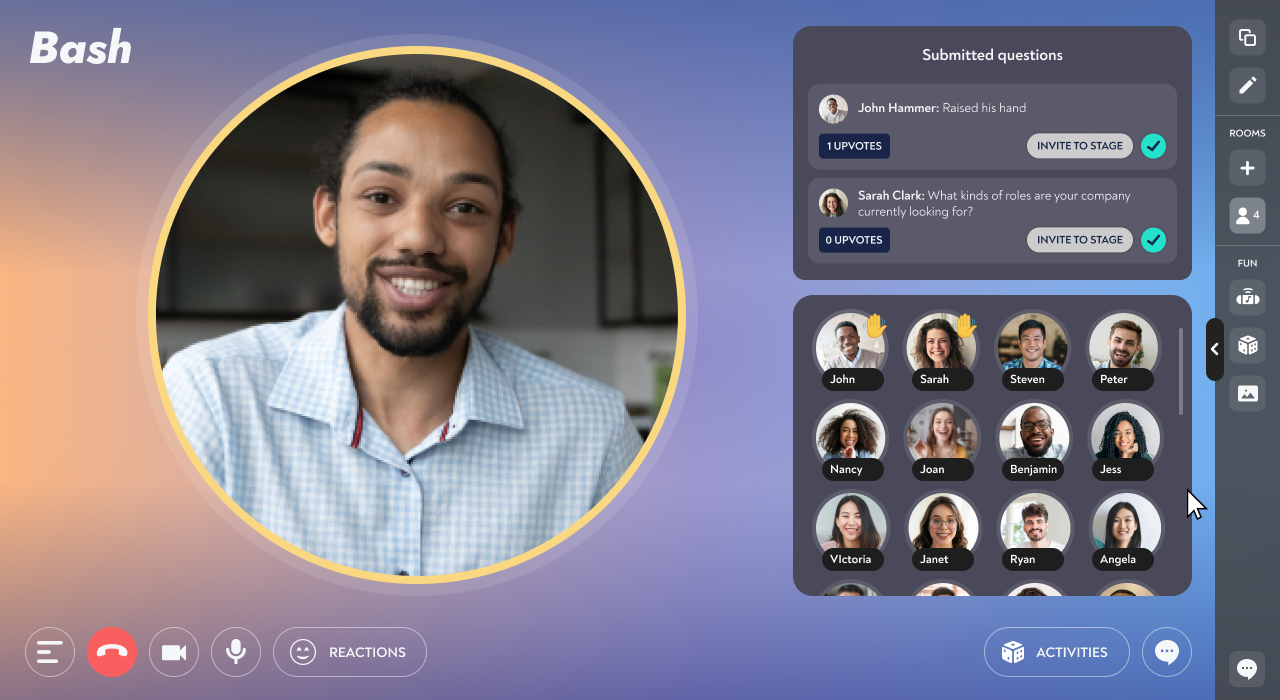 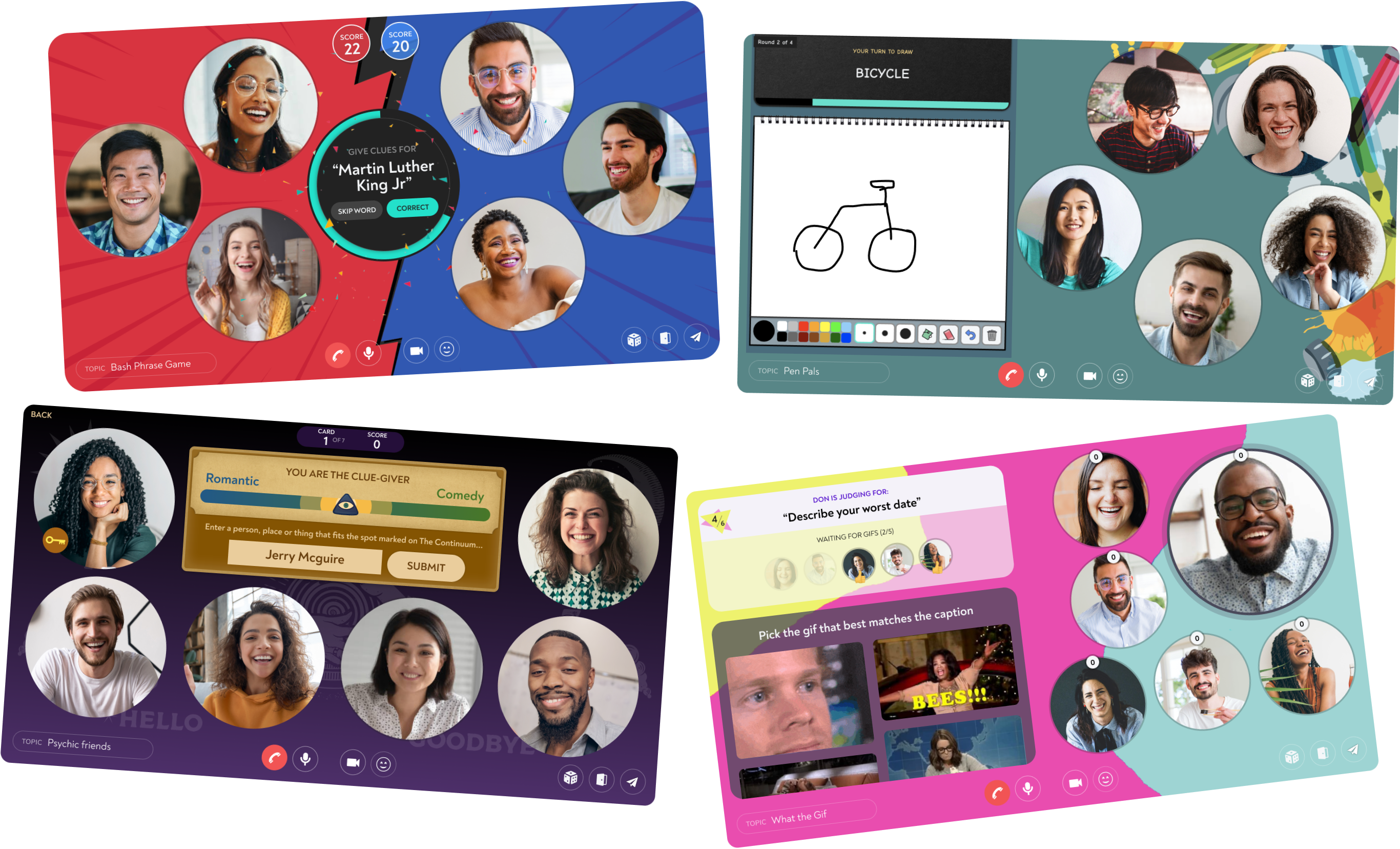 Bash also integrated games into their video chat rooms. Every week the team would get together to play games on Bash and discuss how we could improve players' user experience.

In addition to working on the flow of Wrong Answers Only (shown below) I also designed the look and feel of the game as well as mocked up what the in-game animations should be. 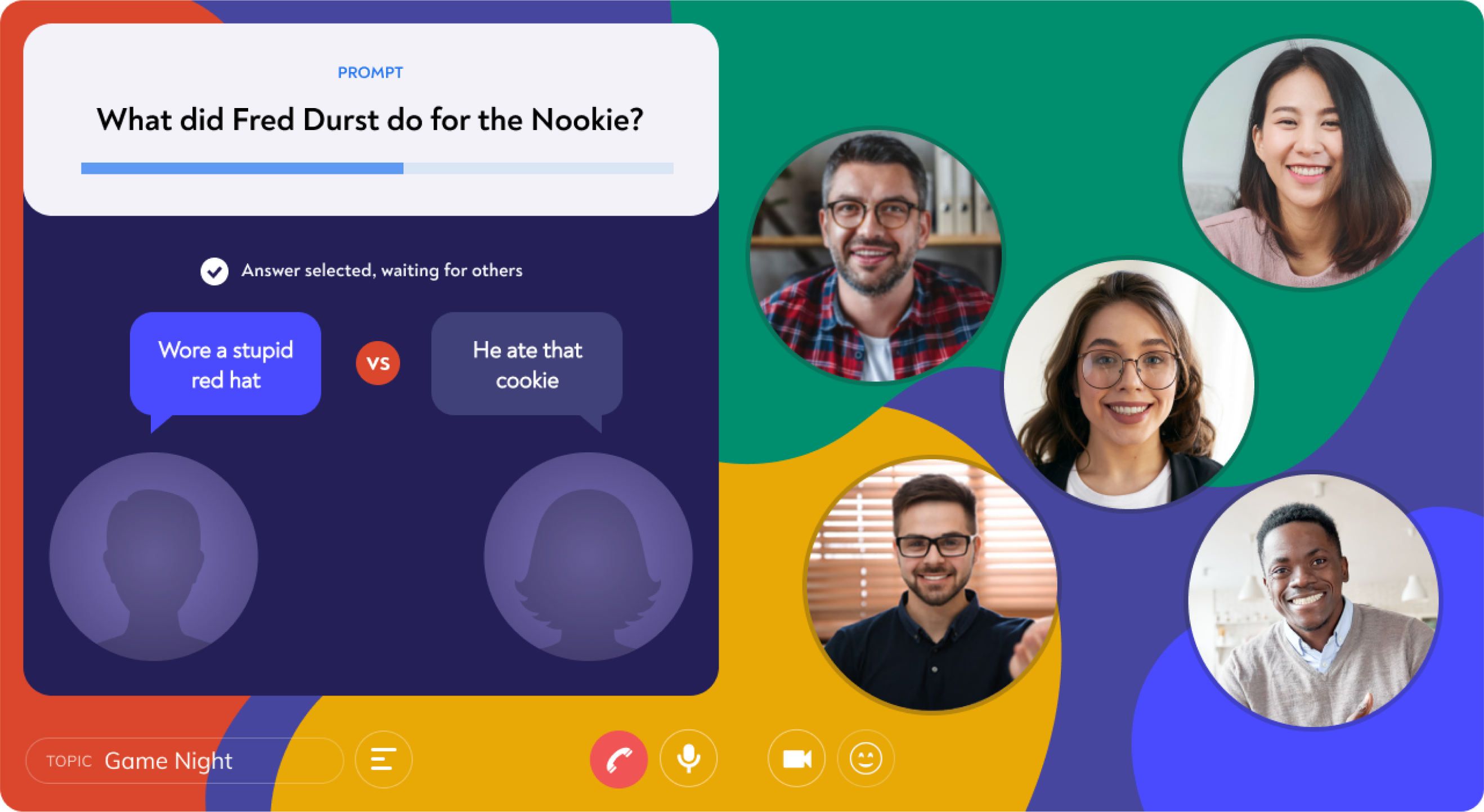 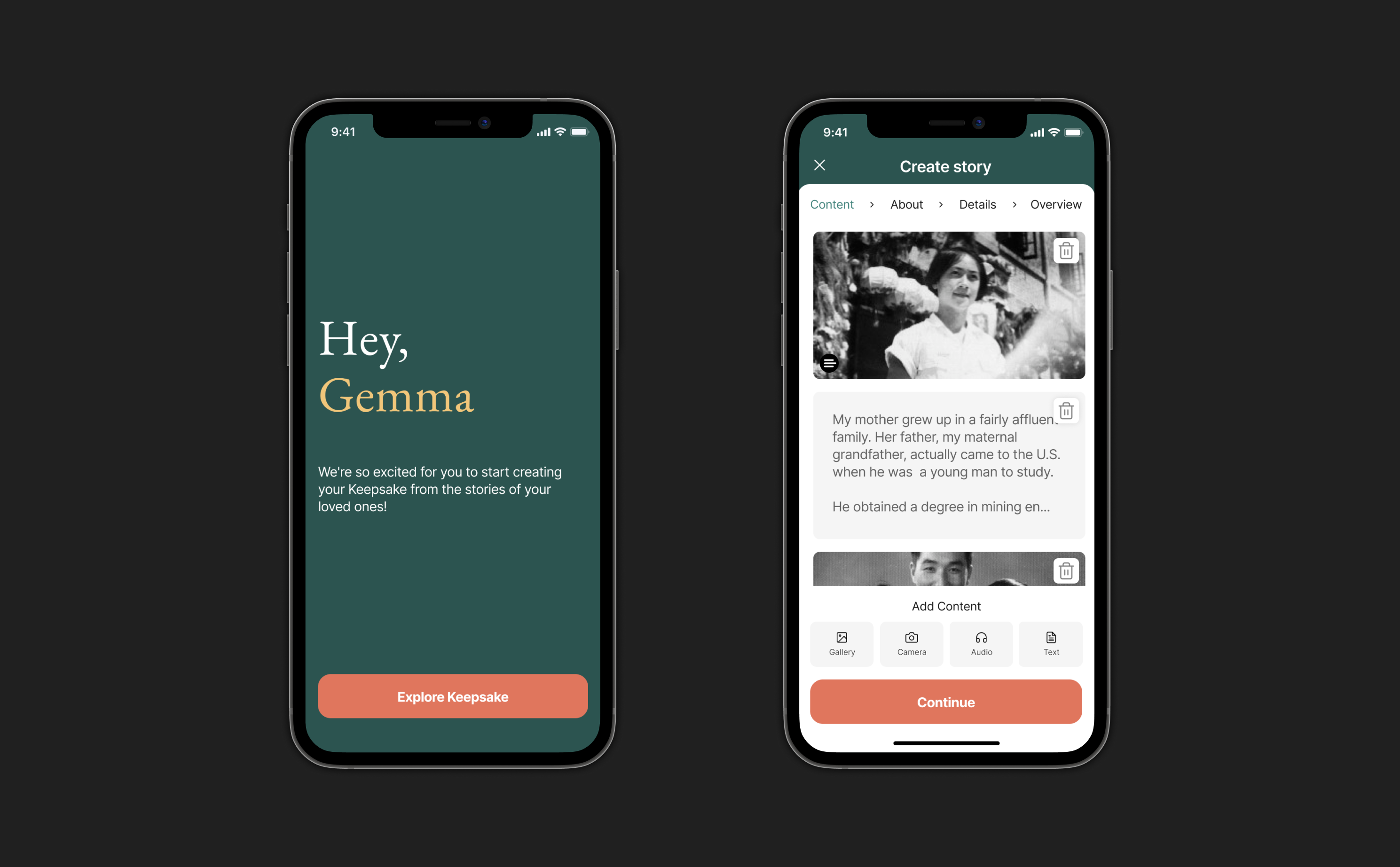 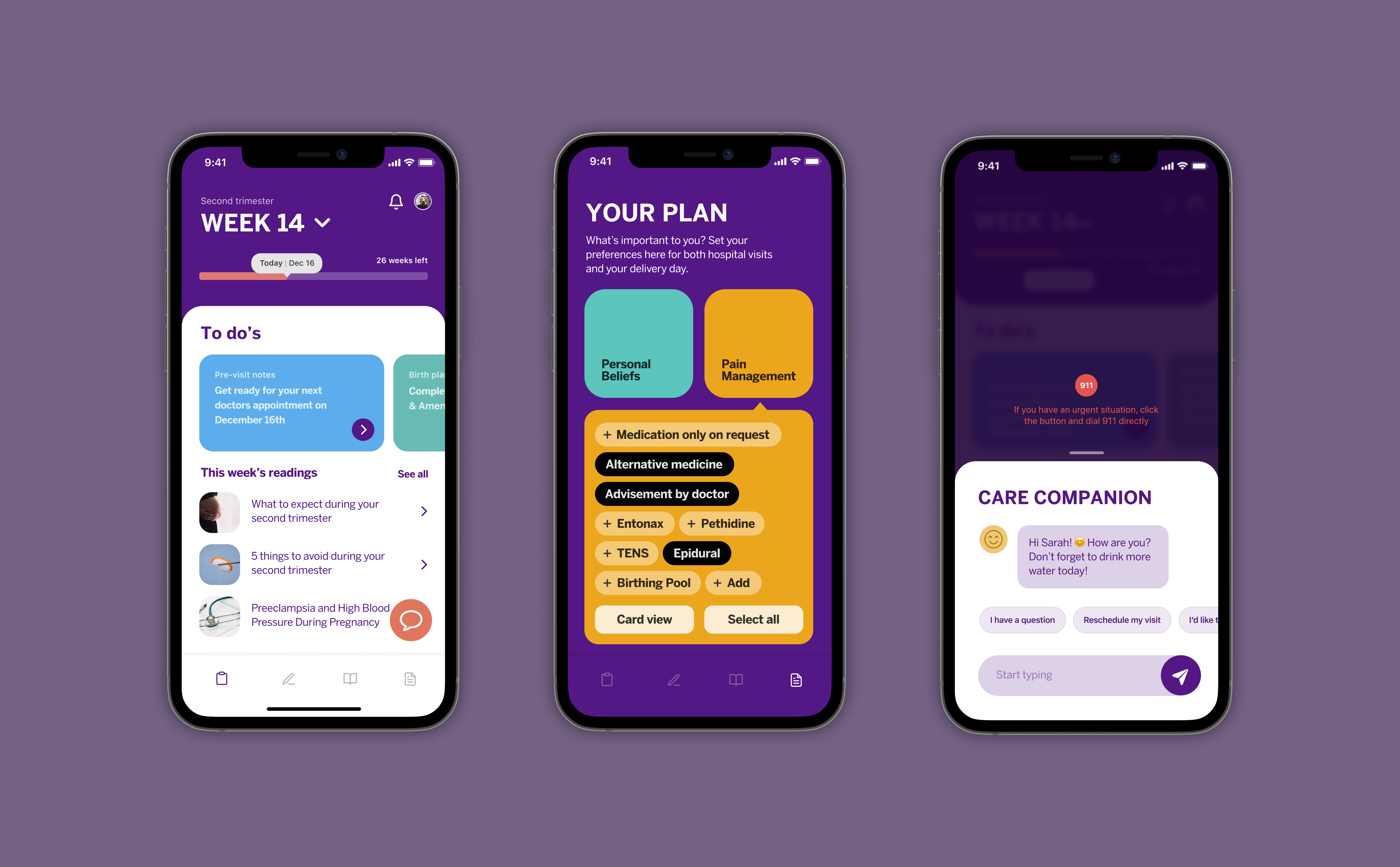 Currently a MFA Candidate in Interaction Design at the School of Visual Arts.